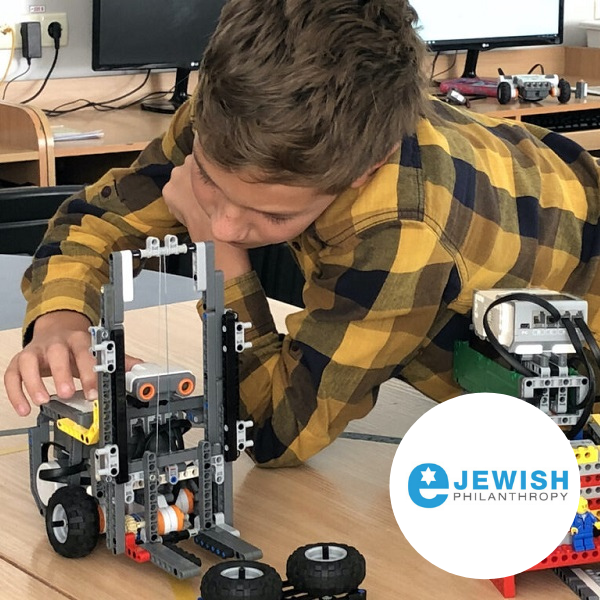 Robert Singer: ‘Education is the key to everything’

This op-ed article by Robert Singer, World ORT Board of Trustees Chair, was first published here in eJewish Philanthropy.

In April 1937, Adolf Eichmann, then the Nazi Security Police official in charge of Jewish emigration, signed a letter authorizing the opening of a World ORT school in Berlin. Eighteen months later, on Kristallnacht, the ORT Berlin school was one of the few Jewish institutions in the city left untouched. It continued to operate against all odds in the capital of Nazi Germany until 1943.

This is just one of the remarkable stories in World ORT’s history. It is a history mirrored by very few Jewish organizations across the globe. After surviving two world wars and much else, this year it marks 140 years since its foundation in St Petersburg, Russia, in 1880.

In addition, today I chair several impactful educational initiatives in Israel: SASA Setton, which provides educational support and cares for all hospitalized children across Israel; Alumot Or, which promotes educational excellence in special education; and Anieres 2, which trains selected students to be at the forefront of Israel in the fields of science.

So why did I want to come back to World ORT, seven years after finishing my 14-year run as Director General and CEO? Because I believe education is the key to everything – especially Jewish continuity and Jewish survival. It is also the key to fighting antisemitism and attacks on the Jewish people. 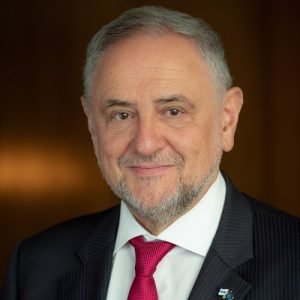 World ORT reaches more than 300,000 beneficiaries in over 30 countries every year. On every continent, our teachers are leading classes every day for students in countries as far afield and as diverse as Mexico and Kyrgyzstan, Latvia and South Africa. We have always transformed lives through training and education, and while we once focused on teaching 19th century Russian Jews essential trades like tailoring or ironmongery, we have evolved to provide 21st century skills in STEM subjects and innovative fields such as robotics and artificial intelligence.

ORT’s education is practical, it applies to the future job market, and it unleashes the potential of young people so they can lead fulfilling lives and have a positive impact on the world around them. Because of this, we are more relevant than ever.

We have a worldwide network of like-minded people who believe in our philosophy, and as I return to the organization I am glad to see many new faces and young people who have joined the leadership.

We want World ORT to become the leading pedagogical authority for Jews in the Diaspora. I want us to be the key messenger of new ideas, innovation, and adaptation.

The world has many new realities, among them rising anti-Semitism, neo-Nazi groups and terror threats. Schools in our ORT network will have to address these issues as well. We can combat these threats by participating in activities in the international non-Jewish community, and by using our technological skills and expertise.

At the same time, relations between the Diaspora and Israel have become weaker. We need to help strengthen the centrality of Israel’s position in world Jewry and we need better people-to-people relationships to do that.

Across our ORT network we can exchange best practices and work together. Like the United Nations, we must think globally but act locally. We will continue to keep the highest levels of professionalism in education and work closely with education ministers around the world, participating in global conferences and competitions.

Looking at our history, I firmly believe ORT schools are the best place for the continued development of future leaders of Jewish communities. Our schools must remain a magnet for Jews in communities globally and ensure that every Jewish person who wants to join one of our schools can do so.

In the past we shared our know-how to help others. I visited many ORT programs in Africa and Eastern Europe and I understand how the outcomes of these initiatives have helped local communities.

For example in Kosovo, many people now working in the government or in leading public positions took vocational training courses run by ORT in the country in the early 1990s, around the time of the Balkans War. They remember what ORT did for them. A lot of goodwill remains. We must ensure ORT returns to what it did successfully in the latter half of the 20th century – our international co-operation projects and our relations with governments.

This is why I wanted to come back to World ORT – to ensure that after 140 years of success, the organization remains as relevant in the future as it has always been.

Robert Singer is Chair of the Board of Trustees, World ORT