Welcome to the family! New schools sign affiliations with ORT

An international Jewish school has agreed an affiliation deal with the world’s foremost education network driven by Jewish values.

Sir Manasseh Meyer International School (SMMIS) in Singapore will work with schools and educators across World ORT’s global family after the agreement was signed on Tuesday, May 7.

It is one of three new schools affiliating with ORT; the JSG Maimonides Secondary School in Amsterdam, the Netherlands, also signed its affiliation on Tuesday. The Sándor Scheiber School in Budapest, Hungary, will put pen to paper in the coming weeks.

Avi Ganon, World ORT Director General and CEO, said: “We are delighted to welcome these schools, their students and teachers, to the ORT family.

“Over the past year, communities around the world have approach ORT because they understand the need to provide added value – that is what we can give through STEM education and the strength of our global network.

“We reach across borders to empower students and educators and to strengthen communities. It is a great pleasure that through SMMIS in Singapore, Asia is now added to our network.”

Elaine Robinson, Principal of SMMIS, said: “The school is looking forward to developing its relationship with other Jewish schools globally and accessing the fantastic educational resources, training opportunities and networks developed by World ORT.”

The agreement with SMMIS will see ORT and the school collaborate in the areas of formal and informal Jewish education and in providing students with access to cutting-edge technological facilities.

School staff will be invited to participate in ORT’s global teacher training programs to further enhance their professional development, and pupils can take advantage of ORT’s international competitions, exchanges and other activities.

Jason Shulman, SMMIS Head of Teaching and Learning, who is the co-ordinator of the school’s international curriculum (IPC/IMYC), signed the deal at the World ORT Board of Representatives meeting in London.
He told delegates: “It’s a privilege to be here today and it is humbling to be afforded this opportunity. It’s a chance for our school to further develop its STEM education programs as well as grow on an international scale; we are excited by what we can learn from ORT’s global community.

“This affiliation will have an immeasurable impact on us, both as a Jewish school and as an academically rigorous school in South East Asia.” 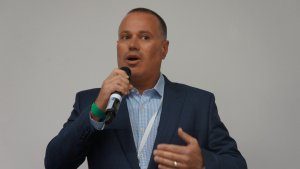 Singapore’s education system is renowned for achieving outstanding results and in recent years has maintained prime position in all global comparative tests. Ms Robinson arrived in Singapore two years ago from London where she was deputy headteacher of JCoSS. She has focused on raising educational standards, innovating and in growing the school into a highly competitive international school.

The school, established in 1996, is supported by the Sir Manasseh Meyer International School Trust, a fund in honor of a prominent leader of the country’s Iraqi Jewish community who invested in Jewish education and was one of Singapore’s wealthiest men during the early 20th century.

In May 2016, SMMIS moved to a new site in the Sembawang area of the city-state. Students have access to outstanding facilities including specialist science labs, a 300-person capacity auditorium and an outdoor swimming pool. Many of its Jewish families are in the country as expats and want an international educational experience as well as a Jewish education to prepare their children for post-Singapore life.

Amsterdam’s JSG Maimonides achieved the status of “super-school” in this year’s Dutch rankings, also topping the charts as the best school in northern Holland.
A modern Jewish high school with a broad curriculum, it is ambitious and firmly believes in developing the individual talents of every student to become global citizens.

The school hopes its affiliation to ORT will allow it to further develop the academic and collaborative skills of its students, especially through their engagement with ORT students around the world, as well as enhancing the school’s Jewish education provision.

Elisabeth Lubotsky, chair of ORT Netherlands, said: “We have been talking about affiliating with JSG Maimonides for many years. The school’s new headteacher is very excited because of the chances to network and to extend their learning and education options for students. Thank you to World ORT for this great opportunity.”

The Sándor Scheiber School in Budapest was founded a century ago and currently has around 400 students from grades one to 13. Owned by the city’s Jewish community, the majority of its funding comes from state education authorities.

ORT was originally established in Hungary during the late 1930s, and was re-established after the end of the war and again in the 1990s.