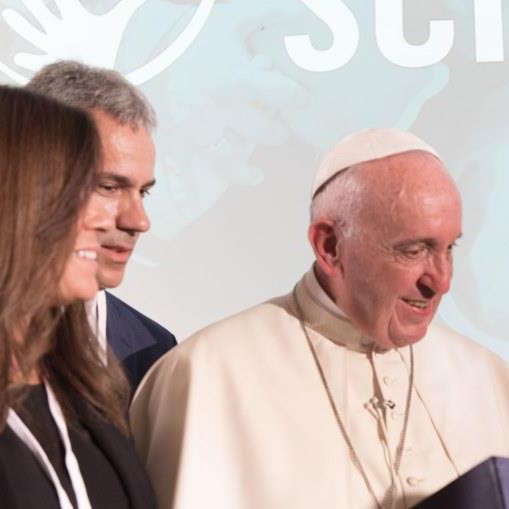 World ORT and the Pope’s Scholas Occurrentes organisation have joined forces to inculcate the importance of dialogue and mutual respect in teenagers from around the world.

The two organisations have signed an agreement at the Vatican to stage an international conference in Buenos Aires bringing together hundreds of teenagers from different religious, cultural and socio-economic backgrounds.

Pope Francis and World ORT Board of Trustees Chair Dario Werthein at the signing of the agreement between World ORT and Scholas Occurrentes at the Vatican.

It is the fulfilment of World ORT Board of Trustees Chair Dario Werthein’s declaration – made after 16 ORT students took part in a Scholas Occurrentes conference in Jerusalem earlier this year – that he would “continue to work to generate more meetings like this”.

Mr Werthein signed the agreement with the President and World Director of Scholas Occurrentes, José María del Corral, in the presence of Pope Francis last week.

World ORT Director General and CEO Avi Ganon, who was also present, said: “We see in this cooperation an important tool to promote tolerance worldwide. Coinciding almost exactly with the anniversaries of the promulgation of Nostra Aetate and the establishment of the Pontifical Commission for Religious Relations with the Jews, the signing of this agreement is a powerful reminder of what can be achieved by establishing equal and respectful dialogue between communities. I look forward to schools in World ORT’s international network leading by example in this exciting initiative.”

Thanks to this alliance, in October 2018, Buenos Aires will host hundreds of teenagers from diverse backgrounds who will engage in dialogue with the aim of learning to respect the other and committing to act for the greater good.

“World ORT and Scholas share a common goal; that is to make the world a better place through education. This collaboration will allow us to reach more places and for each and every one of the children to develop their potential, no matter where they come from,” Mr Werthein said. 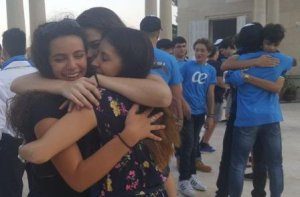 ORT students were among the teenagers at the international Scholas Occurrentes event hosted by the Hebrew University of Jerusalem this year.

ORT students in Argentina have been involved in Scholas’s Escuela de Vecinos programme, in which they identify common concerns with Protestant, Catholic and Muslim peers and work together to develop solutions, since it was founded by the Pope in 2001, when he was Archbishop of Buenos Aires.

“We have been involved with Escuela de Vecinos since the beginning,” said Alejandro Ferrari, Principal of ORT Argentina’s Almagro High School. “Students from different social realities are learning to be responsible citizens together; they learn to have empathy, to respect others’ knowledge and to know that in life you are not the owner of all knowledge; that you need to work in a team.”

This long history of working together is mirrored by the relationship between Scholas and the Foundation set up in memory of Leon Werthein, Dario Werthein’s father.

It was this connection which led to 16 ORT students from Argentina, Mexico, Spain and Israel joining 75 teenagers from eight countries at this summer’s Scholas event at the Hebrew University of Jerusalem.

“Dialogue and communication are the best tools which we can use to coexist with our neighbours. And since ORT is committed to the principles of dialogue, exchange and learning to nurture ethical citizens, it filled me with pride that our schools could take part in this initiative,” Mr Werthein said at the time.

The experience had a marked effect on participants, such as Israeli Mai Barishasky.